I had a client call me last month to tell me he was going to stop doing pay per click for his business. He told me he thought his site now ranked well enough that he didn't need to spend money on clicks. Since I was doing other work for him it really didn't affect my business too much with him, but I still thought he was making the wrong choice.

I reminded him that he wasn't spending a lot on pay per click each month and most importantly, wasn't he getting a healthy return on his investment. I knew for a fact that for every dollar he was putting into his campaign he was getting 5 dollars in revenue back. Wouldn't he miss out on this additional revenue I asked him? He admitted he would but he was convinced that most of the people that had clicked on his ads would now click on his organic listings. I was skeptical, but paused his campaigns as he asked.

If It's Not Broke Why Fix It

For many businesspeople pay per click has a stigma because there is a cost associated with each click. Yet, they need to look at the big picture. If they know that by spending x amount of dollars each month, they get 3X or more in return, then doesn't it make sense. My advice to clients is that as long as they're getting a healthy return on investment, there is no reason to stop doing pay per click.

In fact, there are a number of studies that show that businesses who show up well in the organic listings and have ads running alongside them do better overall. People assume they are a major player in their industry and are more likely to click on their organic listing because of it.

Organic Listings Are Being Buried

Another reason that pay per click makes sense, especially for businesses that serve a community is that organic listings are being pushed down. I do SEO for a number of businesses and one of my clients ranks number 1 for nearly all the services he offers. Yet, for some of these listings people don't see his listing when they first perform a search. It's because the top 3 listings are taken up with ads and the next group is taken up with the Google 7 Pack. These are the Google Places listings that are considered to be closest to the location of the person doing a search. So his number 1 organic listing looks like it's not even in the top 10.

If for many businesses pay per click does make sense, there are definite cases where it doesn't make sense. For some of my clients it worked initially because they didn't have any traffic, but the cost was high. For one client the cost per click for his service was nearly 55 dollars. He was a plumber who was running a promotion for a 79 dollar drain cleaning. To me that didn't make sense and I eventually convinced him to focus on less costly phrases. I did get him to rank for plumbing in his area so although this too did cost a lot of money, he could recoup this cost over time.

If Your Website Sucks Why Send Visitors To It

A major reason that pay per click doesn't work for businesses is that there website just isn't good. It looks outdated or it lacks any calls to actions. It lacks the information that people are looking for or it simply copies other sites. No amount of traffic is going to convince people you're the company for them, if you don't have a good website. Most of the clients I've cut loose is because they had no way to update their site or no desire to. Pay per click can drive traffic, but it can't drive sales if your vehicle is a lemon.

If you're doing well with pay per click, then why not continue with it. There are always going to be people who click on ads over the listings available in organic. The main thing is to find out how to build on your success with PPC and how to lower your overall cost per acquisition. This is why having a pay per click specialist examine and monitor your campaign can help take your business to another level. 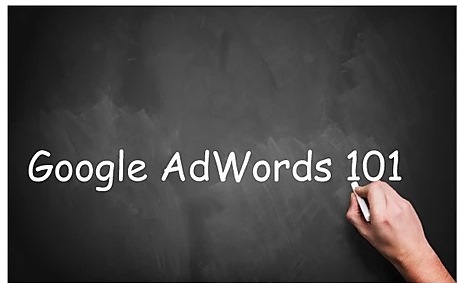